to Pink Tree Training, where no issue is too big or too small and there are always options.

I’m Fiona Gardiner and I am delighted to offer my experience and training to clients seeking to build or rebuild teams, inspire leaders and leadership, work through issues and remove obstacles standing in the way of workplace success.

We work with leaders and teams helping them to develop innovative approaches to solve problems and challenges - what is your biggest challenge?

“Having worked with Fiona on a number of projects over the years, I can confidently say that she is one of the most inspiring women I know.  Her think-outside-the-box approach to the work environment is both valuable and effective.  I’d have no hesitation in recommending her.” 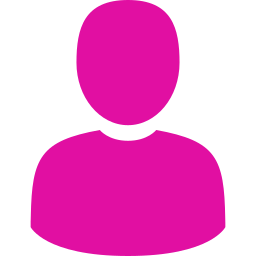 “I was Project Lead for the Scottish Government priority programme to reduce the impact and instance of Financial Harm experienced by the most vulnerable in our communities. The solution, I was convinced, lay in developing new, constructive, partnerships joining organisations from the public, private and third sectors in the pursuit of a single aim.

At the time the team’s thoughts were focused on how to achieve that outcome I was fortunate enough to attend a Police Senior Leadership Input delivered by Fiona on lateral thinking and De Bono’s Six Thinking Hats. Her passion for the technique was absolutely clear and I approached her to utilise it for my project work. Fiona’s contribution was innovative and forward thinking. She genuinely grasped the challenge of bringing together culturally diverse organisations with vastly different reasons for existence and having their representatives throw off the shackles of convention and open their minds. Fiona’s positivity, clarity of purpose and strength of knowledge and skill in this area resulted in barriers being pulled down and one of the most energising and productive workshops I have ever experienced unfolding.

The result was exceptional. In the first 12 months following the large workshop, the ideas and relations forged on that day resulted in over 600 vulnerable people being potentially saved from financial harm by the swift actions of bank workers, social workers and police. I cannot recommend Fiona highly enough and would not hesitate to engage her services in the future”.

“As the first Director of People & Development I was thankful for the support of colleagues like Fiona. With a strong L&D background Fiona was able to facilitate various workshops with the new P&D Leadership team. An interesting “challenge” as the team hailed from different Police Forces and brought their own character, views and experience to the table. Fiona had the ability to corral the strength of the team through her approach to development – getting the best out of everyone and ensuring her activities had a real value add for the team. She is passionate about what she does and possess boundless positivity which will bring any group she engages to their feet! With the experience gained at Police Scotland  I believe Fiona and Pink Tree could add real value to any organisation looking for support in the arena of Leadership and Organisational Development.”

Get in touch to tell us about your challenges and see what we can do to help.